These Are The 10 All-Time Greatest Fighter Plane In History

Who has the bigger stick is a good analogy for which fighter aircraft wins over its competition.

Bigger and faster surely wins the day. However, this historically doesn’t always ring true in military warfare. Take for example the IJN’s surprise attack on Pearl Harbor that pioneered the use of carriers and aircraft. Faced with little in the way of resistance the A6M Zero dominated proceedings until the USN staged a comeback on an epic scale that decimated Japan’s ability to fight.

The race for air-superiority was on, reaching a peak in production and design during the Cold War. As much as technology has moved on, this era of fighter design plays an important role today. The fastest jet fighter is still the Mig-25 Foxbat while its nearest western rival, the F-15, is still in production today.

The true test of any fighter jet is how effective it is in a combat scenario. Up until 1982, the Sea Harrier, although agile and capable, was an unproven aircraft. Flying off the decks of Hermes and Invincible 28, BAE Sea Harriers provided air defense for the Royal Navy’s task force. On paper the AAF equipped with Mirage IIIs and license built IAI Daggers had the edge.

However, the Harriers clever vectored thrust nozzles proved maneuverability was more than a match for speed. Able to turn, stop, and even reverse flight, the Harrier was untouchable downing 20 enemy aircrafts during the conflict.

For sheer numbers, the Messerschmitt Bf 109 wins with a staggering 35,000 aircraft produced by the end of WWII. One of the most advanced fighters produced at its launch, the Bf 109 used an all-metal monocoque construction including a closed canopy design. As for performance, the Messerschmitt was faster at 426 mph.

In response, Supermarine Aircraft was busy creating the legendary Spitfire. A similar stressed skin single seat fighter design. In terms of outright performance the Spitfires Rolls-Royce Merlin V12 initially fell short of its German rival. It would require several upgrades before the Spitfire reclaimed air-superiority with the arrival of the Mark IX in 1942. 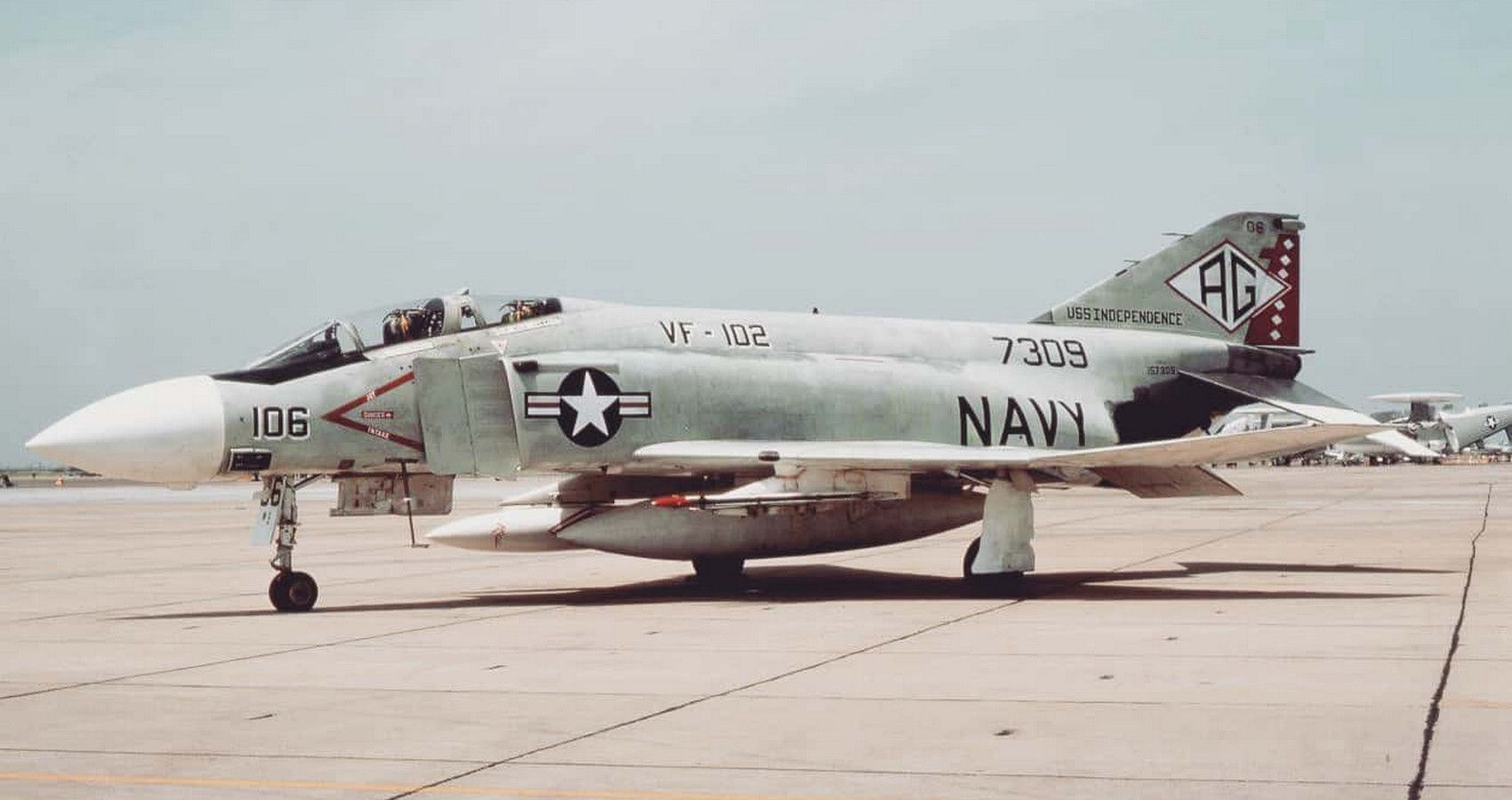 Sixty years after its launch, the F-4 Phantom is still a formidable speed machine. Only one carrier based fighter since has gone faster than the F-4’s Mach 2.23 record. However, supersonic speed requires bigger, heavier engines with the Phantom exceeding 61,000 lbs at take-off.

At the outset of hostilities between the U.S. and Japan, Mitsubishi’s A6M Zero was king of the skies. Introduced in 1940, the Zero featured a unique wing and fuselage construction process that saved weight while improving strength. In the early stages of WW2, Japanese pilots racked up an impressive 12 to 1 kill ratio.

The F4F Wildcat couldn’t have been a more different design. Weight and size gains sacrificed for performance, the Zero still enjoyed a speed advantage, However, the F4F offered better protection and could withstand a huge amount of damage and still keep flying. As the Pacific campaign progressed improved tactics negated the Zeros advantages.

Aircraft of WWI vintage were basic at best. Little more than flying carpentry projects bundled together with wire stringers and fabric. Germany’s Fokker-Flugzeugwerke D VII was produced in huge numbers with 3,300 examples produced by 1918. By the end of the wars, any remaining airworthy examples were turned over to the allies as part of the armistice treaty.

By contrast, combating the threat presented by the Fokker, SPAD of France turned out 6000+ VIIs. Larger production volumes aside, this rivalry was stacked in favor of the Fokker with a more powerful 185 hp BMW engine and twin LMG 08/15 machine guns.

Introduced in 1974, the F14 provided a front-line defense up until its retirement in 2006. Despite a lengthy 30+ year operation, US Navy F14s scored 5 kills. However, the aircraft type is credited with downing 130 hostile aircraft for Iran, the only other operator of the F14.

Facing off against the F14 in Soviet built Mig-21 Fishbed fighters, Iranian air-force pilots put up a stern defense. However, the F14’s superior twin-engine performance envelope along with better pilot training resulted in a loss of 23 aircraft. By the Tomcats premature retirement, it had racked up 135 kills, coming in second to the F4 Phantom it replaced.

So far, to date, these rivals have yet to meet in a combat situation. But for the F-15 Eagle’s unrivaled capabilities and durability, it’s likely the Suhkoi Su-27 wouldn’t exist. The F-15 made its debut in 1972 at the height of the Cold War and has been extensively updated since to play an integral role in the USAF. To date, no F-15 has been lost in action.

Arriving on the scene some years later, the Su-27 Flanker shares a similar twin rudder, swept wing layout to the F15. Powered by twin Saturn AL-31 turbofan engines, the Flanker is only fractionally slower at Mach 2.35. Without a direct head-to-head scenario, this one is too close to call.

The P-51 Mustang played a pivotal role in WWII. Its extended range gave Allied bomber crews a round trip level of protection that no other fighter could deliver. The best fighter of WWII? Not quite, the Spitfire was faster and more agile while the Luftwaffe had two superior fighters in the Bf-109 and Fw-190.

Swapping out the intended Allison engine for a Rolls-Royce V12 transformed the Mustangs fortunes. At higher altitudes, the re-engined Mustang could fly faster without impacting range. However, over enemy territory the Fw-190 had little need for extended range. Luftwaffe pilots instead were able to exploit its weight advantage to out-turn the Mustang.

Two radically different aircraft designs that came together in a chance meeting during the Korean War. The ensuing engagement changed dog-fighting forever, with the U.S. underdog coming out on top. At the time, U.S. aircraft manufacturers were still grappling with the transition to jet power, and as a result, the F9F still used a straight wing design.

The MiG however was a more advanced design incorporating a swept wing for improved agility. There are other mitigating factors, Russian built jet engines lagged behind those of the U.S. In what became a battle between speed, agility, and pilot skill, the F9F scored the first jet-on-jet combat kill.

Aviation rivalries are usually an international affair making this duo unique. The F-22 Raptor entered service in 2005 touted as the most advanced jet fighter ever. As a result, only the USAF operates the type with 187 operational aircraft.

The race for sixth generation domination hasn’t ended there. Faced with a growing number of highly capable Chinese fighters in the pipeline, Lockheed Martin has another high-tech weapons platform in production. The F35 lighting differs in being a VTOL jet capable of supersonic speeds. Which is best? Currently, the F35 wins, with 800+ aircraft in service.